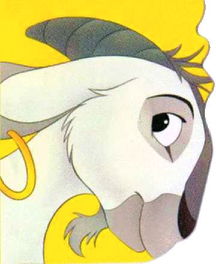 “How,” I asked myself, “can I express the kind of person I am? How do I sum up that my life revolves around technology and new media, that I value skill and imagination over mindless conformity, that I watch Agents of Shield every week but have never watched Dancing with the Stars, that I hail from Tulsa and Philadelphia and San Jose and Orlando and incorporate a bit of each in myself, that I love to know people with a passion and devotion to interests too deep or eclectic for the mainstream?”

I am straight but not narrow. I believe in the ability to understand the universe we live in; myths have their place in literature, but not in science. I am a Wikipedia editor and admin. I am as much into Disney as I am into anime, as much 80s music as trance, as much Star Wars as Star Trek, as much mint as chocolate, as much philosophy as model railroading.

I work with computers, but when I get tired of pushing bits around on a screen, I put my hands on Lego bricks and I build things.

I do not care for smoking, drinking, or drugs, though if you enjoy them in moderation, I’m not one to judge.

I am allergic to pointless drama.

One of my ancestors ran the Kendig Chocolate Company, and another ran the Muntz Pretzel Factory, both in the Amish country of southeastern Pennsylvania. My first ancestors in the New World were granted land there by William Penn in the early 1700’s. I’ve done some genealogy research and so far I’ve charted my paternal ancestors back to 1565 in Zurich, Switzerland.

I was born at an early age. I grew up in the Philadelphia area; then in Tulsa, Oklahoma (my grade school was Briarglen Elementary). Returned to Philadelphia (my high school was Malvern Prep); as an outsider, I got bullied ruthlessly, which made me close myself off from other people and bury myself in my schoolwork. I was the valedictorian of my high school class but I still live with the scars.

I graduated from Princeton University in the class of 1992 with a Bachelor of Science in Engineering degree in Computer Science. I became a member of the Princeton Triangle Club and performed in several musicals including the national tour of the club’s hundredth-anniversary show, “The Older The Better.”

After college, I moved to California, where I was employee #163 at Netscape Communications Corporation. I was “brian@netscape.com”. I wrote tech notes and the content management system for the Tech Support web server “help.netscape.com”, fed and cared for the “My Netscape” site, managed all of the email autoreplies for the company, replied to general queries (and signed my email as “Mozilla”), and was variously involved in everything from system administration to customer service to webmastering to site design. My job title was “Netscapegoat”. My posts to the internal newsgroup mcom.bad-attitude were part of the material subpoenaed in United States v. Microsoft. I left after AOL’s takeover ruined the company.

After that, I worked at Apple Computer, Inc., as a system administrator and production environment manager on the iTools project (later renamed .Mac, then MobileMe, now iCloud). I was responsible for getting the production applications to run on the production servers.

I decided that working twenty-hour days and carrying a pager 24×7 just wasn’t working for me, so I quit so I could focus on pointing my life in the right direction. In 2000 I moved to Florida and bought a house in Celebration, Florida, the ‘new urbanism’ town built on Disney property. Otherwise known as ‘Pleasantville,’ ‘Stepford,’ or ‘that place inThe Truman Show.’ I lived life at a slower pace for a while, keeping busy by being the town computer repairman, building web sites, doing some fiction and nonfiction writing, fighting spam, and filling in all the bits of my technical knowledge that I hadn’t had time to learn before.

For the past few years I’ve been a web developer with Walt Disney Parks & Resorts Online on the My Disney Experience project, building the new DisneyWorld.com that will let people get their MagicBands and plan their Disney vacations before they leave home. In my free time I am a puppeteer who occasionally entertains children at Give Kids The World.

I make a home with Jill, a Russian blue cat named Toulouse (after the Disney character), a black cat named Maxwell (after the physicist), and a maltipoo dog named Lily (after Walt Disney’s wife). Jill is a network engineer and a pet photographer. She and I treat the Disney parks as our own local suburban mall, going to one for a few hours every now and then to catch a show, grab a bite to eat, or peoplewatch.

I am a computer hacker who grew up through the early days of home computing and now has enough money to get all the toys I wanted back then. Also, fixing old stuff is more fun than buying new stuff.

I was whelped on an Atari VCS (circa 1978; I had the Basic Programming cart) and weaned on a TI-99/4A (with Extended BASIC, 13K RAM, and a speech synthesizer!). From there I moved up to a Commodore 128, and then to a long line of Macintosh systems, and finally today to a Hackintosh, a MacBook Pro, and a boneyard of several Linux computers in various states of readiness. I have a collection of about thirty old Apple Macintoshes, including a few prototypes graciously given to me by David Fung. I have restored most of these computers to working order and out-of-the-box condition.

I have lots of video games all the way back to the Atari and an Intellivision, these days I play PS3 and 3DS, but most of all I love emulations of old arcade games.

I have tens of thousands of Lego pieces spanning four decades of sets. I’ve set aside part of our home for a Lego town on a raised platform with trains on it.

I’m a fan of voice acting and I do silly voices when I puppeteer. In addition to my show at Give Kids The World, I performed at the opening of the Celebration library.

I usually listen to vocal trance music podcasts, but I also enjoy jazz, classical, and 70’s / 80’s / 90’s stuff. I’ll generally avoid rap, reggae, and country western. I’ve forgotten most of the music composition classes I had in college and the piano lessons I had years earlier.

The true secret of being a hero lies in knowing the order of things. The swineherd cannot already be wed to the princess when he embarks on his adventures, nor can the boy knock at the witch’s door when she is away on vacation. The wicked uncle cannot be found out and foiled before he does something wicked. Things must happen when it is time for them to happen. Quests may not simply be abandoned; prophecies may not be left to rot like unpacked fruit; unicorns may go unrescued for a long time, but not forever. The happy ending cannot come in the middle of the story.

After several years of deep searching and investigation into several different religions, I have ended up as an atheist. I am open to discussion and questioning about anything I believe, and I am not condemning of beliefs that differ from my own. You are free to email me if there’s anything you want to ask me about my beliefs or how I came to hold them. There’s a lot of good atheist material online at other sites, too.

My Keirsey Temperament Rating is ENFP (Extraverted iNtuitive Feeling Perceiving), the “Champion”, though I wander across the map a bit.

That was Zen; this is Tao. Here, have some proverbs.

Remember when we visited the little farm in Tilden park and you talked to the Saint Albans goat?

Everyone needs on occasion to look to a higher power for guidance. Scholarly minutia doesn’t excite me and the spiritual path seems incomplete without weekly TV listings. Youth provided me with artful distractions until my liver cried uncle. I still see eidetic wisps fluid in the blue of sky. Over-torqued visionaries spout Internet glories, but only the lonely write sensible instructions on the use of the heart. That goat studied me unblinkingly. She knew all she needed.

You asked her, “How shall I proceed?”

She requested that I first feed her a choice morsel of corn, which I did. Then her wise eyes answered, “I am a goat who knows what I need to know. You are something much uglier and should proceed with modesty.”

We fed her more corn and walked among the live oak.

– from the Netscape Handbook